Moto GP, the premier motorcycle racing event, will be held for the first time in India at Buddh International Circuit in Greater Noida next year.


The ticket price will be “very much affordable” as the event should remain accessible to everyone while maintaining its exclusivity, said Pushkar Nath, Chief Operating Officer of Noida-based race promoters Fairstreet Sports, on Wednesday.


Dorna Sports, which owns the commercial rights for MotoGP, has signed a memorandum of understanding (MoU) with Fairstreet Sports to hold the championship in India for seven years, he told reporters.


This is not the first time that a major racing event has come to India. Formula One, the car racing championship, conducted the “Indian Grand Prix” from 2011 to 2013 at Buddh International Circuit only. However, it exited the country for a couple of reasons, mainly because it had to pay high taxes after being classified by the government as entertainment and not sports.


He added that the company hasrequested the Indian government to appoint someone as a “single point of contact” to discuss any matters related to MotoGP. 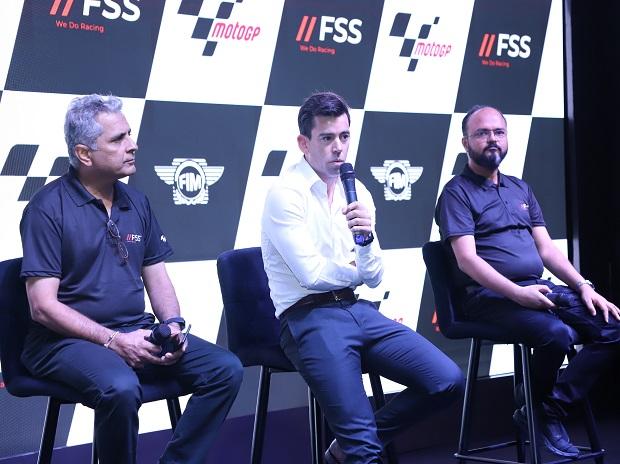 
Nath did not reveal how much investment the company would be making to organise the motorcycle racing event — called “Grand Prix of Bharat” — for seven years.


In a statement, Uttar Pradesh Chief Minister Yogi Adityanath said that it is a matter of great pride for the state to host such a globally prestigious mega sports event.


“Not only will the event boost the hospitality and tourism sectors, but it will also put UP on the global platform. Our government will provide all the necessary support to make this event a huge success,” he added.


MotoGP also plans to introduce MotoE – the electric motorcycle racing event – in India but currently, the entire focus is to successfully hold “Grand Prix of Bharat”.


While talking to reporters, Carlos Ezpeleta, Chief Sporting Officer, Dorna Sports, stated that a circuit that has been able to hold Formula One round can of course hold the Moto GP round in terms of infrastructure, safety and the circuit layout.


He said MotoGP will bring around 2,500 staff whenever the event would happen in Greater Noida.


“The impact of this in terms of hotel rooms, etc, near to the circuit is going to be significant. The (hotel and road) infrastructure is there which is not the case around many circuits in the world,” he mentioned.


Being able to hold the event close to one of the biggest cities of the world is a huge asset for us, he noted.


The dates of “Grand Prix of Bharat” have not been decided as yet.